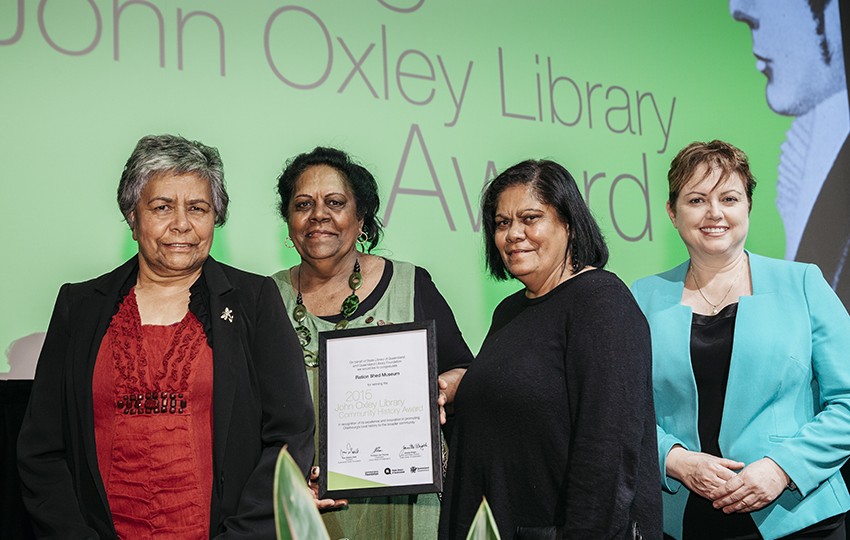 The Ration Shed Museum was one of the winners of the 2015 Queensland Memory Awards, presented at an awards ceremony at State Library Queensland on the Thursday 28 May. We won the 2015 John Oxley Library Community History Award. The John Oxley award recognises excellence and innovation in the preservation and sharing of Queensland history by community organisations. Ration Shed Museum representatives; Lesley Williams, Sandra Morgan and Jeanette Brown attended the event to accept the award.

We were told that the judging panel selected The Ration Shed because of the success of its Cherbourg Memory Project and our “Boys From Barambah” project. “Through the museum’s extensive education program (both onsite and online) The Ration Shed has celebrated and shared many stories from the community with the world,” the judges noted.

We want to thank State Library Queensland for recognising the work we do.