75th Anniversary of the Evacuation of Torres Strait Islanders to Cherbourg

On the 14th of September a potent ceremony was held at the Ration Shed Museum to acknowledge the 75th anniversary of the evacuation of Torres Strait Islanders from the Torres Strait during WW11. It is a forgotten and painful history. 170 men, women and children from Thursday, Horn and Hammond Islands – left the Torres Strait on two ships. They were told they were to be evacuated to Cairns. In Cairns the authorities stopped them from disembarking and a decision was eventually made to send them to Cherbourg. Two trains arrived in March 1942 and many Islanders found themselves living in a community far from their home and the sea. It was fortunate that there was acceptance from the Cherbourg community. Some TSI people managed to go back home after the war but many didn’t and are buried in the Cherbourg cemetery.

Two elders, Aunty Betty Foster and Aunty Selina Dorna, who were young children when they were evacuated from Thursday island to Cherbourg attended the event. Other attendees included, residents and guests, including Torres Shire Mayor Vonda Malone, Elder Aunty Ruth Hegarty, who was instrumental in the research, Clare O’Connor, Director General of the Department of Aboriginal and Torres Strait Islander Partnerships (DATSIP) and Cherbourg mayor, Arnold Murray.

The event began with a commemorative service at the war memorial – to lay wreaths and acknowledge the shared ties between the two communities and pay respects to Australia’s only all-Indigenous battalion, the Torres Strait Light Infantry.

There were performances of traditional dancing by the Wakka Gubbi Aboriginal dance group, Black Drum Productions a Torres Strait Islander dance group and Toko-ton Taiko, Japanese drummers. The Bowie family provided a wonderful lunch for the many guests.

The event was organised by DATSIP in collaboration with the Ration Shed Museum. 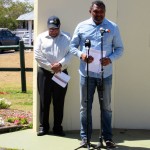 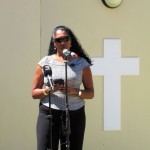 Mayor Vonda Malone from the TSI 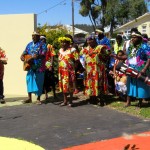 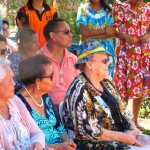 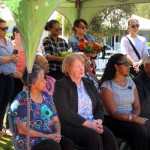 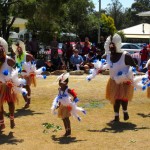 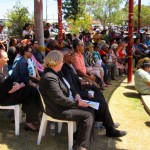 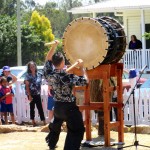 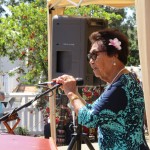 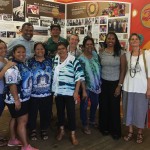 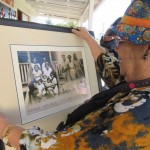 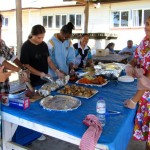 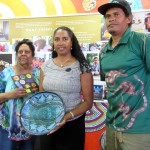 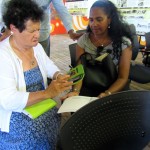 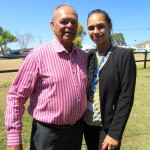