During the September school holidays an exciting 3-day workshop took place at the Ration Shed Museum. Twenty five women participated in a workshop called “Strong Women Shadow Boxes”. The aim of the workshop was to strengthen women’s networks and organisations and to support women’s cultural traditions. 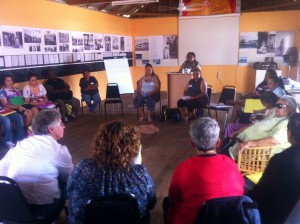 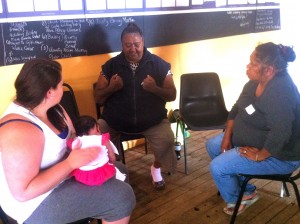 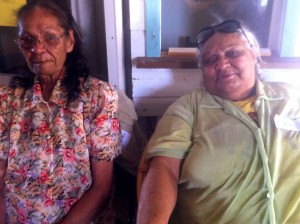 Beryl Gambrill & Annie Moffatt were some of the Elders that attended

There was laughter and tears as Elders and young women shared their stories and told of the strong women that had played a role in their lives. Carol Low and Katina Leedie facilitated the workshop. On day two the women selected images, objects and artwork, which they put together in a box to portray their stories of strength and inspiration. 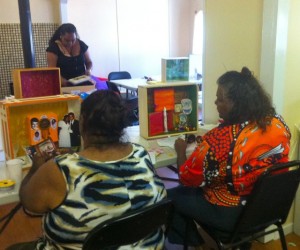 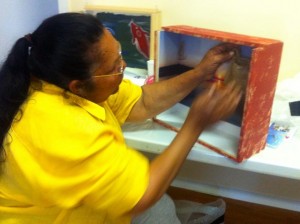 Winnie Dalton working on her box 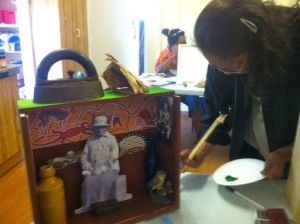 Beryl Gambrill hard at work on her box

At the end of the 3-day workshop Carol and Katina brought all the participants together in a yarning circle.  A bunya tree was planted by the youngest participant – Leonie Underwood and the oldest participant – Beryl Gambrill as a symbol of hope and strength for all women everywhere. 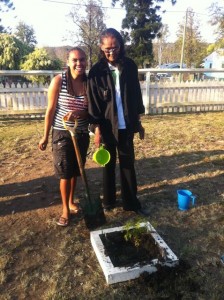 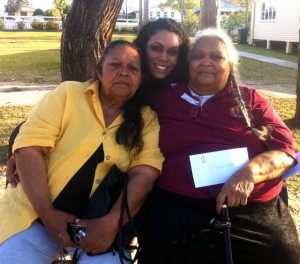 19 boxes have been designed and are busy being completed. An opening launch for the exhibition of the boxes is planned for mid November.