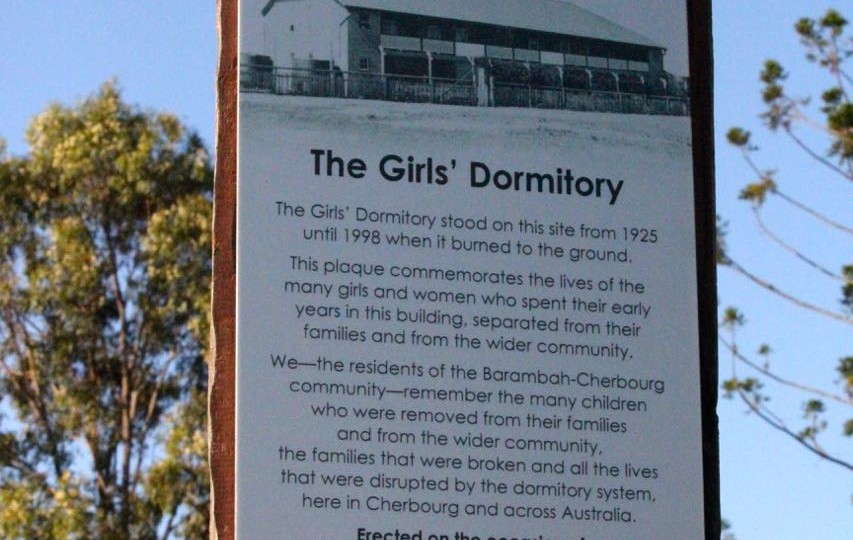 In 2013 we made a film about the Boys Dormitory system in Cherbourg called “The Domo Boys”. Many people encouraged us to also make a film and honour the stories of the Dormitory girls. This year, we were fortunate to receive funding from The Healing Foundation to do this.

The Girls Dormitory in Cherbourg was opened in 1925 and burned down in 1998. It housed babies (as young as six months old) through to teenagers.  Many of the older girls acted as “mothers” to the younger children. In the past few weeks we have been filming stories about the experiences of some of these woman. Discovering how the Dormitory system affected many lives—as individual girls and later as women, mothers, grandmothers and as members of the wider community.

Last week we held a number of events for the Dormitory Girls, which we filmed. We knew that many of the Dormitory girls would be coming to the 25th Golden Oldies event on the 17th of October.

On the Thursday the 15th October there was a yarning circle for Domo girls. Over 16 women attended. There were many yarns, laughter, tears and songs. Later that evening the Ration Shed organized a gourmet meal for 30 ladies. We lined the walls of the Ration Shed with archive photographs of the dormitory and the Many Threads group did a wonderful job decorating the tables. The food was excellent and some of the ladies were overjoyed to discover trifle (an old dormitory favourite) was on the menu! It was a beautiful end to the day.

On Friday the 16th October at 4pm we held a short memorial in the grounds of the old Girls’ Domo building. Dormitory Girls and supporters gathered and walked in silence to the site of the Girls Dormitory. A plaque designed by Rocko Langton stands on the grounds and everyone gathered around it. A minute’s silence was called and then the wording on the plaque was read out. Aunty Ruthie Hegarty said a few powerful and emotional words and Sandra Morgan rang the old Dormitory bell. Afterwards we had a cuppa and some cake which Edna Malone and Kathy Hopkins cut. It was a very powerful and moving ceremony! 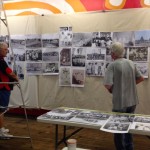 Peter Trail and Laurie Bond setting up the archive photo’s 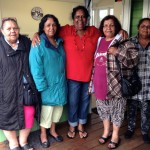 The Booth sisters were all Dormitory girls 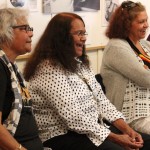 Laughter in the yarning circle 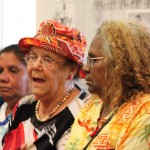 Ruth Hegarty had some wonderful stories to tell 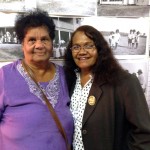 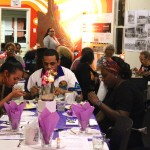 Dinner in the Ration Shed 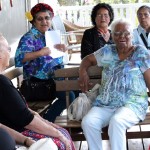 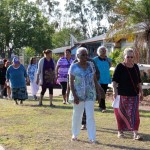 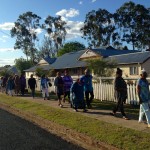 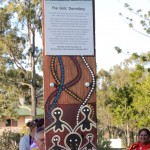 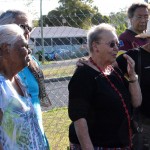 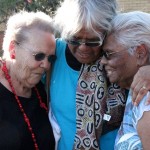 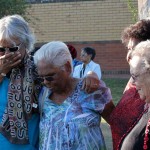 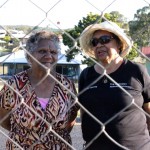 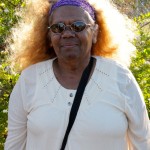 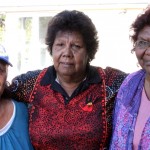 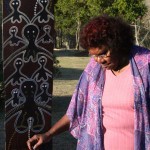 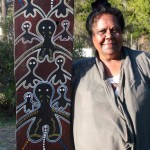 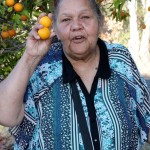 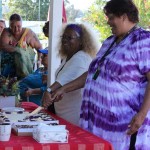 On Saturday the 17th of October we filmed the Domo girls letting their hair down and enjoying the Golden Oldies event in the Cherbourg Hall.

Many thanks to the Healing Foundation for funding this film.