Opening of the Caroline Tennant-Kelly exhibition

The opening of the Caroline Tennant-Kelly exhibition Day was one of our special NAIDOC events at the Ration Shed Museum. It was a beautiful sunny day and the Cherbourg Historical Precinct was sparkling – thanks to all the hard work of our local workers. Guests arrived with lots of positive energy and the Murgon State High School Mentors, looking “deadly” in their Ration Shed t-shirts, where in attendance – ready to assist anyone that needed help. 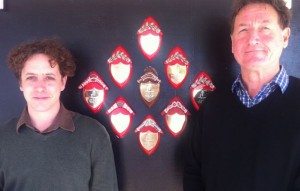 University of Queensland anthropologists Kim de Rijke, Tony Jefferies and their families, as well as the Goodings, Jim Kelly and other invited guests came up especially for the opening day. MC Bruce Simpson made sure the day ran smoothly. Beryl Gambrill, welcomed everyone to country and Sandra Morgan gave the welcoming speech. Ada Simpson spoke about the history and then introduced anthropologists Kim and Tony. We heard the inspiring story of Caroline Tennant-Kelly, anthropologist and activist, whose field work in Cherbourg in the 1930s and her protests to the Queensland Government about the treatment of people there led to her banning from all Queensland reserves. They also gave us a demonstration of how to use the CD-rom they had put together of Caroline’s Tennant-Kelly’s material. 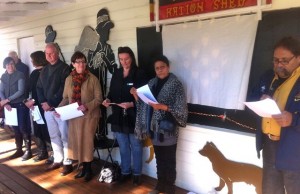 Bevan Costello honours Friends of the Ration Shed with plaques

Aunty Eva Collins opened the exhibition and people flooded into the Ration Shed to view the photographs. Peter Trail designed the exhibition complete with magnifying glasses and chalk for community members to write on the blackboard any of the names of people they recognised in her photos from the 1930s. It was very moving to see Elders engage with the material – there were tears and laughter as some people recognised family members and friends. Sylvia Bond and family graciously loaned a special series of photographs and a breastplate of her great, great Grandfather Fred Embrey, who also features in some of Caroline Tennant- Kelly’s photographs. 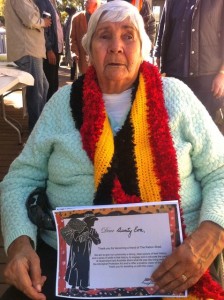 The exhibition will be on display all year if you would like to look at it. We are also hoping to develop a series of worksheets for school students. The original research materials of Caroline Tennant-Kelly are now preserved in the Fryer Library at the University of Queensland and digital copies are being distributed to the Aboriginal communities she worked with in Queensland and New South Wales in the 1930s. Copies of the Cherbourg material are available at the Ration Shed on CD-ROM . The CD-ROMs costs $15 plus postage.

The Caroline Tennant-Kelly exhibition and our NAIDOC Day celebrations were made possible by funding from the Aboriginal Community Interest Consultative Committee (ACICC) and the Australian Government Indigenous Co-ordination Centre (ICC). The Smith Family are funding the mentoring group project and The Indigenous Regional Arts Development Fund (IRADF) funded the banner project. 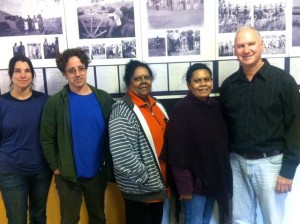