Following a series of workshops in Australia, the Barambah Pottery artists and the Ration Shed Museum were very fortunate to have Greek master potter Thodoris Galigalidis visit them on Thursday.

Thodoris specialises in Raku and Saager firing techniques that he has developed over many years. He brought his specially constructed homemade kiln to Cherbourg and demonstrated a Saager firing. The vessels were pre bisque to 1000˚ (preferred temperature is 950˚). A variety of natural leaves and other items were picked from the garden, and banana skins and copper wire were added before the pottery vessels were wrapped in layers of aluminium foil. The firing took 2.5 hours and a temperature of 750˚ was achieved. Thodoris removed the vessels and very quickly pulled away the remaining alfoil before burning strands of horse hair onto the pottery vessels. He quickly splashed water onto the vessels and, to the delight of the onlookers, a marvellous pink colour began to appear! The vessels were then dunked into a bucket of water and left to cool before they were waxed to protect and enhance the finished works.

Thodoris completed the day with a throwing demonstration in which he encouraged Rocko Langton to throw his first pot since the old Barambah Pottery closed in the 80s. We look forward to seeing many more pots thrown by Rocko for Barambah Pottery in the near future! 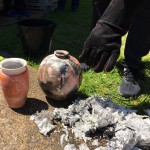 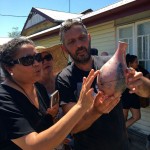 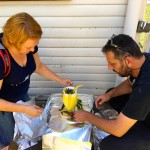 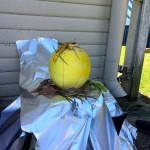 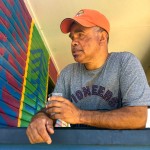 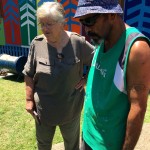 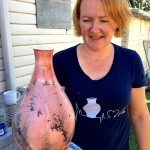 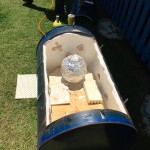 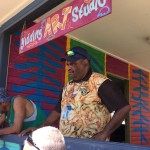 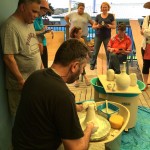 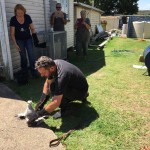 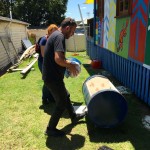 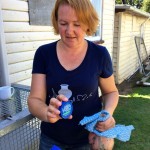 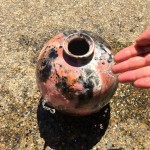 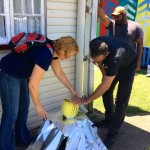 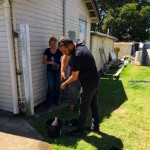 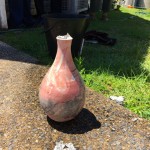 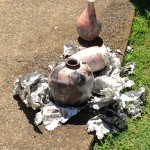 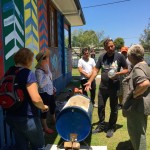 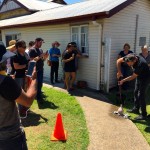 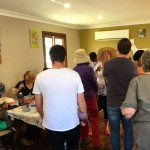 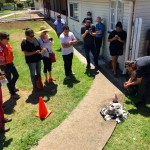 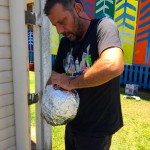