Guests travelled from near and far to rock the Cherbourg Community Hall for the 2018 Golden Oldies event on Saturday 10 November.

This year’s event was once again made possible through the generosity of the Building Strong Families Foundation and long-time supporters Pastor Albert and Nancy Bowie and their wonderful family, and the Cherbourg Aboriginal Shire Council. A cake and cupcakes was donated by Aunty Mavis Cobbo, her daughter Marissa and granddaughter Chervon.

The hall was decorated and guests dressed in the combination of purple, green and white to symbolise women’s equality and this year’s theme: ‘Because of Her, We Can!’. Some of the guests also wore specially designed T-shirts honouring the significant women in their lives.

Mayor Arnie Murray welcomed everyone to Wakka Wakka country and Aunty Lesley Williams was MC for the day, while her sister Aunty Sandra Morgan organised the event and thanked everyone involved for their support.

A fantastic day of entertainment included the Wakka Wakka Corrobboree Dancers, the Wakka Wakka Cherbourg Hula dancers and Muddy Flats. Aunty Lil Gray charmed the crowd with her beautiful voice before handing over the microphone to locals Greg Cobbo and Hazel Miller for a couple of songs.

The hall erupted into absolute chaos when a very attractive mystery female performer who donned a purple Charleston dress came out into the crowd, shaking her booty and inflatable cleavage. Later in the day the guests enjoyed the dulcet tones of Jim Bally Walsh, who looked remarkably similar to the attractive female performer; she must have been one of his cousins!

One of the highlights of the day was when all of the guests in wheelchairs led by Aunty Alana Purcell wheeled their way on to the stage to join in the dancing and the crowd showed their delight by cheering, stomping and clapping.

Those Golden Oldies showed the whole of Cherbourg that they still know how to party and have a wonderful time! 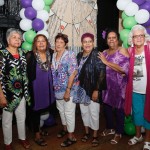 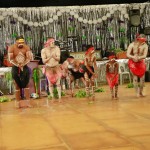 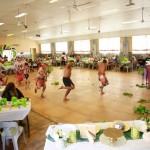 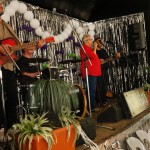 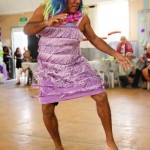 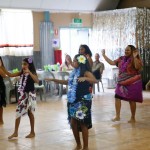 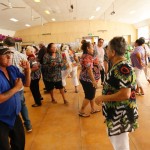 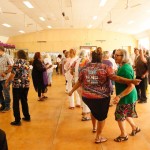 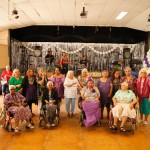 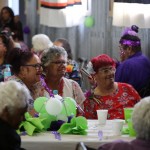 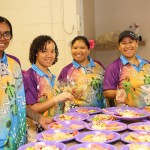 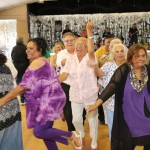