We started making the DOMO Girls Film in 2015 and many former DOMO Girls were invited to participate. The film was directed by Mark Newman and produced by Sandra Morgan & Robyn Hofmeyr. Sandra Morgan narrates the film. It is 33 minutes in length.

This last week we finally launched the film during NAIDOC week in the Boys Dormitory. Elders, former DOMO Girls and special guests were invited to attend the premiere. We organised a special dinner for 40 people.

Mayor Arnold Murray welcomed everyone to country and Sandra Morgan welcomed guests to the Ration Shed museum and spoke about the film making process.

The film tells the story of the Girls Dormitory which was built in 1925 and closed in the 1980s. Hundreds of girls passed through its doors, some as young as babies. When the Girls Dormitory burned to the ground in 1998, some of the former residents were devastated others relieved. For many, it was their only home until they were sent out as teenagers to work as domestic servants on properties. The girls bonded with each other, creating life-long ties which are still very evident today.

The film had a powerful impact on the audience and after the screening some of the former Dormitory woman spoke about their feelings and elaborated further on some of their experiences. Everyone present felt very moved by the film and the stories. There were tears and laughter too.

The film was screened again during our Community Open Day NAIDOC celebrations.

Copies are available for sale in our shop and online.

The DOMO Girls film and the launch were funded by the Healing Foundation. The Ration Shed Museum is very grateful for their assistance. 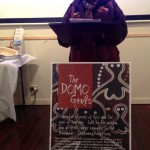 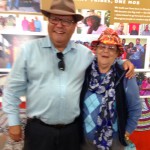 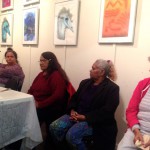 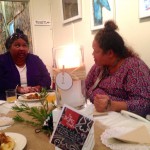 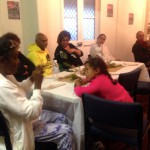 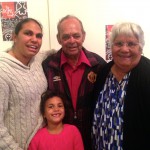 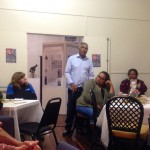