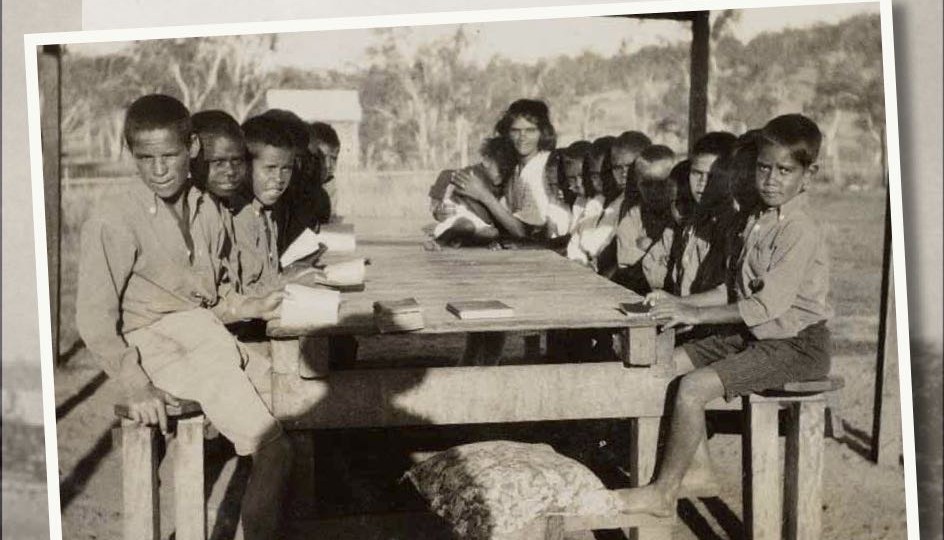 Aunty Ada spoke about the survivors of the Stolen Generations in Cherbourg. Many boys and girls in Cherbourg were taken from their families and placed into the dormitory system and the legacy of that time still lingers in the community today.  Aunty said; “The Apology had a big impact on our lives because it focused not only on the Stolen Generations, but all Aboriginal and Torres Strait Islander people. I think it made all Australians reflect on the many difficult times that we as the first nations of this land had to endure and it gave us pause to think about our future as white and black Australians. I hope that as we celebrate the Apology that we will continue on that journey: healing our past and building our future together.

The Barambah dancers gave a wonderful performance and we screened a short extract of the DOMO Boys and former dormitory boys, Stevie Hart and Arnie Murray spoke about their personal experiences growing up in the Boys Dormitory. Yurri Muntha Cafe served a delicious and tasty light lunch. It was a very special day.

Funding for this event came from the Healing Foundation. 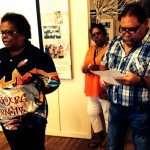 Paddy Bond welcome everyone to country and Bevan Costello was MC 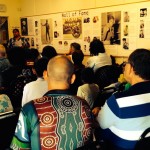 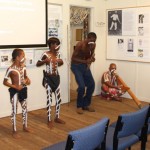 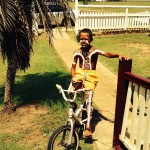 Painting up and ready to dance