A Light Horse Brigade in Cherbourg?

The recent Centenary of Remembrance prompts many questions concerning the history of our Indigenous soldiers.

The first question that many people ask is: why did more than 1,000 Indigenous Australians serve in the war when the Defence and Aboriginal Protection Acts barred them from joining the armed forces?

The Ration Shed Museum is working towards providing answers to this question through the development of the second phase of the Boys from Barambah Dilly Bag app experience, which will be based within Barambah Anzac Memorial Park. This exhibition focuses on the importance of Anzac Day and the role of the Barambah/Cherbourg community in Anzac efforts. It also answers many questions about why so many Indigenous soldiers fought during World War One.

The Frontier Wars went from 1788 through until 1934, and many of the men who went off to fight in World War One were born and raised during this time. Living through conflict was familiar to them, and their fathers and grandfathers before them.

The Light Horse had the highest number of Indigenous soldiers in any regiment within the Australian Defence Force in World War One, and people often wonder why this is so.

The Indigenous Light Horse troopers were treated for the first time as equals with everyone pulling their weight, surviving in the desert, riding horses and eating at the same campfires. The tragedy was when the Indigenous troopers came back to Australia from the Light Horse being equals where things returned to how they had been before the war.

The 11th Light Horse was nicknamed the ‘Queensland Black Watch’ due to its high proportion of Indigenous Servicemen. In Anzac Day celebrations this year, the Australian Light Horse Association joined the Department of Veterans Affairs in honouring the role of Indigenous soldiers in the First World War in Palestine.

The Redcliffe RSL in conjunction with DATSIP, Cherbourg Men’s groups and the Ration Shed Museum are currently having discussions about establishing a Light Horse Brigade in Cherbourg. The program is known as ‘Black Watch’ and has been established successfully in other parts of the country.

At least 100 Indigenous men served in the Light Horse, and today they are finally receiving the recognition they deserve. The Ration Shed Museum is working to research, record and acknowledge the immense contribution made by indigenous Australians during World War One, especially in the Light Horse, where their horsemanship skills were so highly prized. 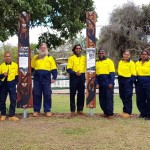 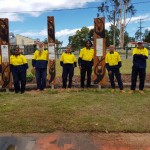 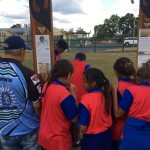 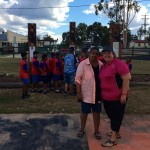 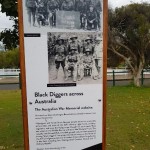 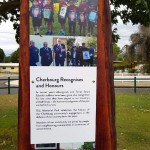 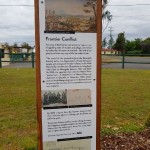 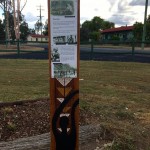 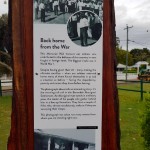